Amazon, the online retailer of books and virtually everything else under the sun, has a program by which they donate a portion of qualified purchases to non-profit groups such as our own institute.  This comes at no cost to the consumer- it comes out of Amazon's own pocket!  It is a good deal all around.
By signing up, you can help support our research in the Red Sea.
​For more information see http://smile.amazon.com or see our video on the institute's youtube channel!

​​​Our new board members

In July 2017 we invited to our board of directors
Professor Eivind Heldass Seland of the University of Bergen, ​and
Dr. Laïla Nehmé of Centre national de la recherche, Paris.

We welcome both to our growing endeavor for the study of the cultures and peoples of the Red Sea!

As our institute grows both in size and vision, we have appointed research associates, some of whom are established researchers and others who are up and coming in the next generation.
​We extend a hearty welcome to the following: 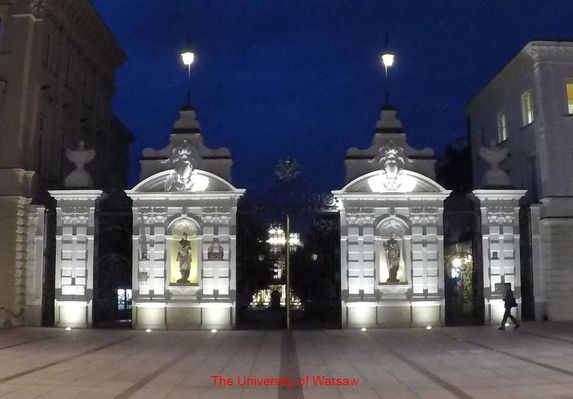 ​
​The Red Sea VIII conference was held in conjunction with the “​Arabian Trade Route Workshop” at the University of Warsaw. Attracting scholars from around the world, personnel of The Red Sea Institute for Anthropological Research presented papers at both the workshop and the conference.
​At the workshop institute vice president Dr. Rupert A. Brandmeier gave a paper on “Roads of Arabia: new findings of Aqaba amphorae in the Red Sea,” covering the finding of a shipwreck site near Jeddah, Saudi Arabia, and its relation to similar finds around the Red Sea as well as how the wreck site helps “to clarify the logistical aspects of manufacturing and distribution” of the amphora type originating in Aqaba. 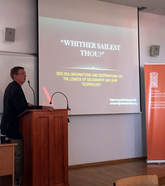 Ralph Pedersen presents at the workshop on 3 July.
​
​Also at the workshop, institute president Dr. Ralph K. Pedersen presented the paper “Whither Sailest Thou? Red Sea originations and destinations through the lens of ship technology”, in which, building off two previous papers presented in Tunis and Copenhagen, the characteristics of harbors as they pertain to the Red Sea geography, ships, navigation, and geology were explored as “understanding the geographical, and indeed, geological, aspect of the sea is a key factor in the finding of ancient harbors and anchorages.” 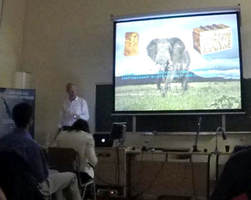 Kristoffer Damgaard presents his paper
​
​At the Red Sea VIII conference, institute board member Dr. Kristoffer Damgaard presented, with co-author Ashley Coutu of the University of York, the paper “Biomolecular approaches to ivory trade and craftsmanship in Late Antiquity and Early Islam,” in which “archaeological analysis with a range of archaeo- and biometric techniques” were used to examine ivory artifacts from Early Islamic Aqaba, which aids in informing us about the roles Red Sea ports played in commerce during this period.
​
​Newly invited board members also presented papers. At the conference Professor Eivind Heldass Seland of the University of Bergen gave the opening lecture “Thirty years of Red Sea studies: insights, agendas, perspectives” as well as presenting a paper entitled “The Networked Sea: visualizing, analyzing and modeling connectivity and movement in ancient Red Sea trade," which examined “how different network approaches might shed light on connectivity.”
At the 3 July workshop newly-invited board member Dr. ﻿Laïla Nehmé ﻿of CNRS, Paris gave a paper entitled “Oriental desert versus Arabian Desert. Reflections on the connections between the Egyptian and Arabian shores in the northern Red Sea in Antiquity,” which proposes a wide-ranging project to explore the cross-connections of the Red Sea cultures.
Some of our newly appointed research associates gave papers as well. At the workshop Dr. Karol Juchniewicz presented “The role of Aynunah on the Red Sea trade route: preliminary and conclusive”, and Zeeshan Ali Shaikh presented “Placing ancient sailors in a time-space framework: visualizing ancient voyages of the Red Sea from a time geography perspective.”  At the conference, Dr. ﻿Jacke Phillips﻿ presented “Kohl kit,”which examined the kit from Maryam Anza in Ethiopia,
​
Overall, it was a great conference in the wonderful setting of the city of Warsaw.

We give our thanks to the organizers at the University of Warsaw!
​
______ 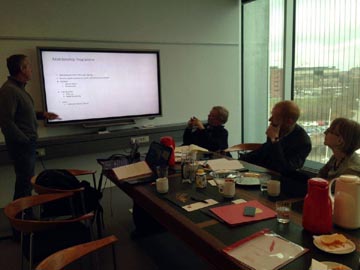 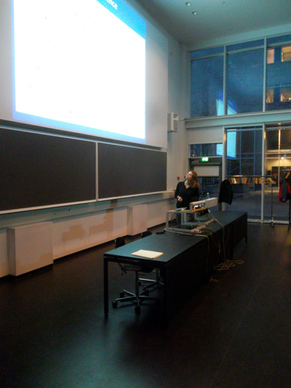 Lucy Semaan prepares her presentation at the research seminar at the University of Copenhagen.

​On December 9, 2015, in Copenhagen, Denmark, the institute held its first board meeting.

At the meeting issues discussed included the creation of membership in the institute, research opportunities for members, fieldwork, funding, and the creation of a journal dedicated to Red Sea studies in archaeology, ethnography, and general anthropological topics.  A call for articles for our initial volume to be published in late 2016 will be issued in March 2016.

In conjunction with our meeting and in association with the FKK project Between Land and Sea (University of Copenhagen), on December 10 we held the Research Seminar ​ “Ports, Piracy and Profit Ways and Means in Historical Maritime Trade.”  (see below, this page)

At the seminar institute president Ralph K. Pedersen presented the paper “Geophysicality and Defining the Maritime Archaeosphere of the Red Sea: Hypotheticals to Practicalities,” and board member Lucy Semaan presented “The Weight of Wood: A multidisciplinary approach to boatbuilding in the Red Sea”.

The officers and board of the institute extend our congratulations to fellow board member Lucy Semaan on the attainment of her doctoral degree from the University of Exeter.

As part of the MARES Project at the university, she conducted research on watercraft and the wood use in their construction in ethnographical and archaeological Red Sea settings, particularly in the Islamic period.